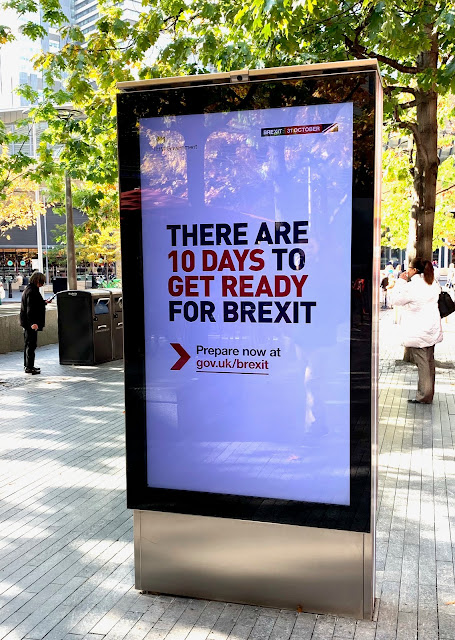 I actually saw this sign outside of London Bridge Underground Station today.


The scrolling sign shouted that there are 10 days until Brexit and we should "prepare now" by going to the government Brexit website.

I stood there flabbergasted, and actually waited until the image popped up again, just to make sure I didn't imagine the poster. Under normal circumstances, in a normal world, you might expect to see a countdown such as this. However, this is not a normal situation....or dare I say, a normal world.

For those of you who live here, I'm sure you would be just as shocked as I was to see an official notice from the government stating with absolute authority that we have 10 days until Brexit, because as of this second...6:05pm on October 22, 2019... there has yet to be any agreement by the UK Parliment to even leave the European Union. And today is the first such warning I have seen.
Not surprisingly, I was left with a few questions:

Where has the preparation been for the last 6 months (or 3 years?) --all of a sudden, 10 days before Brexit, it's "get-ready" time?

Is this sign meant for us, the general population?

OR for the Members of Parliment, in order to pressure them to actually make a decision?

OR is it a reminder for the government itself to prepare?
(because last I heard, the country will be short on medication and even food if the UK leaves at the end of the month)


And how on earth are we supposed to prepare?

Anyway, I took the test. At first, it was kind of innocuous and fun, just checking boxes and going along like it was any other multiple choice test.... 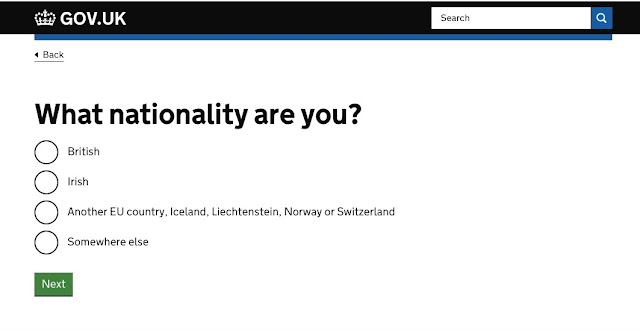 Then it started getting personal..... where would I be traveling? would I want to drive? what type of phone service do I have, and what kind of work do I do? do I have a pet? Am I related to anyone in the EU?

I dutifully answered all the questions, and it spewed out an answer box. Now that it knew who I am, it told me exactly what I should do in the next "10 days". 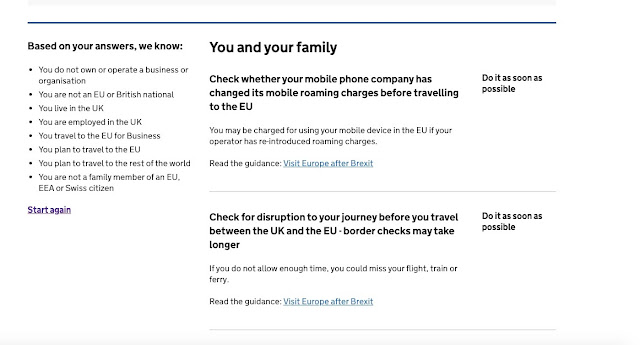 I start getting a bit worried, and a bit angry, and my stomach starts churning just a bit, as I get each notice that I needed to do something ASAP.

The site prompts me to sign up for important Brexit updates, and I feel somewhat like I did when we had to do emergency under-the-desk drills for earthquakes in grade school.

The difference was that back then, we had an actual plan for what to do in the event something might happen, while in this situation, we pretty much seem to have no plan for what appears to be inevitable.... and has been in the works for over 3 years....good grief!

I really am going to have to get one of these coffee cups. 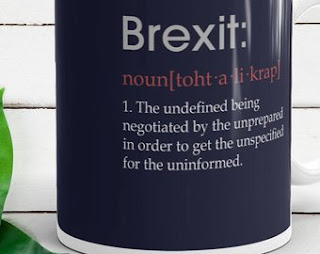 So, 9 days from now, we may not have enough food, or prescriptions, but as long as we do not travel or drive outside of the UK, especially with pets, and if we adjust our phone services, and don't plan on importing anything,  we are fine.  I hope.

But then, anything could happen between now and Halloween. 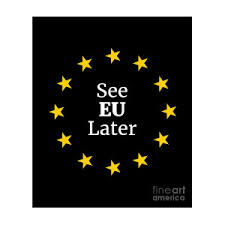