Loos in London--Coo, what a sight, er, smell? 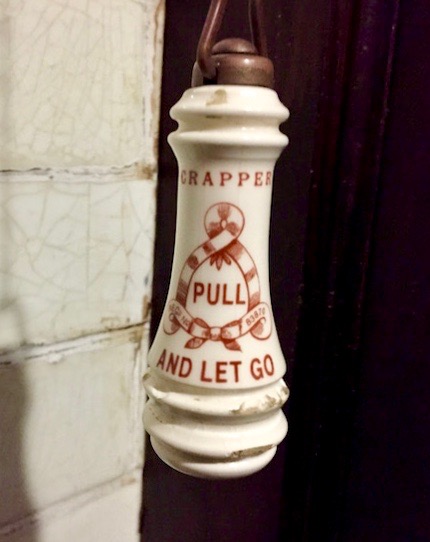 British and American toilets, many many flushes apart!

If you need confirmation that British and American life is more different than just an accent, look no further than the lowly porcelain throne.


If you ask a Brit where the restroom or bathroom is, he or she will know what you are talking about (often because of American movies), but they will tell you that they find the words "bathroom" and "restroom" quite silly.

When one thinks about it, those words are a little odd.  We don't rest in public toilets, and can you imagine taking a bath in one?
The British use the word "Toilet" or "Loo", both of which an American will find difficult. Toilet seems somewhat crass or blunt, and somehow "Loo" just seems too informal or cutesy. Try as I do, I just have the hardest time saying them.  To me, saying  "Loo" is like saying "the John", "throne", or after a big night of drinking, "the porcelain God."

London is pretty into their toilets. They actually have a map of all the public loo locations--it is called The Great British Public Toilet Map, and you can find it easily by going onto www.toiletmap.org.uk.


But... once you find the loo, if it is in a public location, you often will have to pay to use it!  For example, in touristy Covent Garden, it costs a pound to use the "award-winning 2theloo" toilets, vs 50 pence for the "normal" ones....which does beg the question of what do you get for the 50p difference?


When you visit a British toilet, you will notice that the Brits do privacy really well. The average British Toilet has a full front door, whereas, in America, you can usually peek into the stall to check out the shoes, or to see if it's occupied. On the other hand, in a UK loo, you might not be able to turn around, as they are much narrower.


Then there's the toilet seat. In the USA, the front sides don't usually touch (why is that, anyway?), whereas in Britain, the seat is a full oval crown, which I very much prefer. And for you finicky Americans out there, NO you will not EVER find a seat cover here. 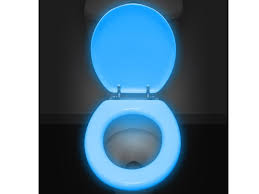 Initially, one thing that got me very confused when I moved here was the buttons on a British toilet. Where most toilets in the USA practically flush themselves, here in the UK there are usually two buttons, a large and a small one.


Which to press??? If for no other reason, this blog is worth it for the answer! Small button for small flushes,  big button for big flushes. 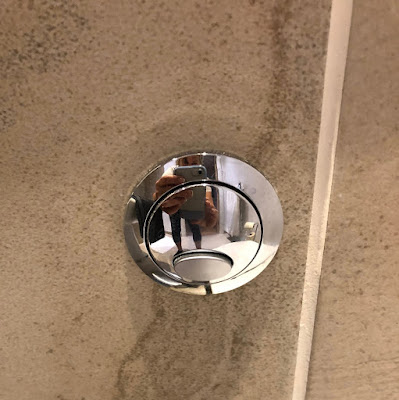 Makes sense, but STILL the fact remains that even things like toilet paper don't go down on the first flush no matter what you do! I have researched this fully, and it turns out that UK toilets don't use nearly as much water as the USA toilets, regardless of which button is pushed. Compound that with some of the very old buildings here, well, let's just say you might have to flush a couple extra times to make sure everything goes down.


But, never worry, because almost every British toilet will have its own toilet brush!

Then there are a few things you should know about the toilets in homes or hotels....the light switch will always be on the OUTSIDE the bathroom/toilet (so that you aren't confused, the word toilet is used for both the fixture and the room), and to turn it ON, the switch is flipped downward, not upward. Plus, there is the three prong plug thing here.

Why are there are no outlets in the toilet room? Well, the UK is really into health and safety, and with a 220-volt current, we just aren't to be trusted not to electrocute ourselves. The law is that an outlet must be 3 meters away from a water source, and most toilet rooms just aren't that big. 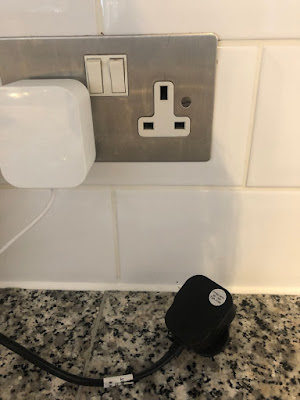 So, how do you blow-dry your hair? What a silly question! You use a blow dryer in the kitchen... or hallway, or bedroom. And of course you install a mirror there.


Also, it is very common to have a bidet and a towel warmer in your toilet room. There is actually an organization, called Bidet.org that explains how to use one. I was very thankful to have the detailed instruction provided.

The Brits take their toilet business very seriously. I've even seen a toilet for dogs! 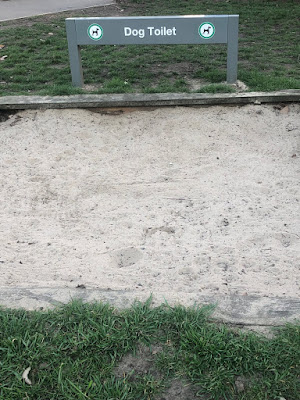 And (I find this hilarious!) since 1987, the UK has sponsored the national "Loo of the Year Awards". 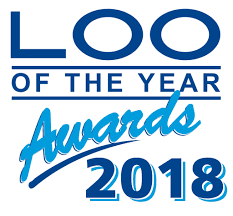 It's a very exciting and competitive contest, over 100 judging criteria and 10 different award categories including, "Best Baby Changing Toilet" and "Most EcoFriendly", and the all important honor, "Loo of the Year". Mark your calendars, as this year's gala will be on December 6, 2019 and boasts a celebrity entertainer! 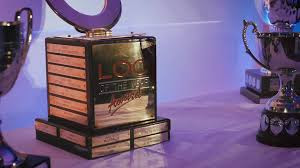 The winner of the 2018 competition was Wetherspoon's pub. Here is a photo of the winning Loo: 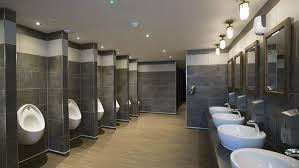 Yes, there are quite a few differences between the bathrooms in the USA and the loos of London, but one thing remains the same no matter which side of the pond you are on....THE SMELL!

Here are a few unusual and unique toilets in London: 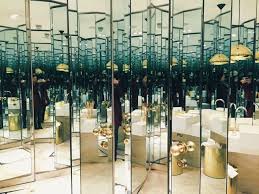 Hope you enjoyed exploring the Loos of London!