Bagels with cream cheese at the hospital 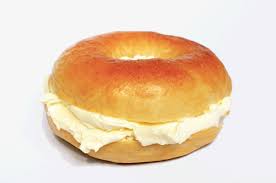 Bagels with cream cheese at the hospital

Yes, we share a common language, but try to carry on just about any conversation between an American and a Londoner, and you will see that there are more differences than you'd think!


So that you will know what i'm talking about, please do review this handy...

And now the morning scenario....My sincere apologies to the men reading this. To be equal, maybe I'll have my husband go in for a prostrate exam, so I can tell you about that.

American:
The other morning, I press the elevator button on my floor,  and when the doors open, inside there is someone I actually someone I know! So I say "Hi", of course. She says, "Are you all right?" I quickly look in the mirror to see if I still have cereal crumbs on my face, or if I forgot to brush my hair.... I say, "Yes, I'm doing great. How are you doing?" She answers, "Not too bad", which makes me think maybe she is the one having a bad day!

Then she says, "I'm going for a schmear", so I respond. "Good Idea, mind if I come along? " She looks shocked and says, "I'm going to the surgery!" so now I am quite perplexed, wondering if she is having both surgery and a bagel, and do I really want to get bagels and cream cheese at a hospital?

Londoner:
I'm going down the lift and in walks this American that lives in my building. Being British, and therefore obligated to be at least polite, I say, "Hi-ya, you all right?", and she says, Hi, I'm GREAT!", in the typical cheery American way which makes one want to gag.  She says she's going to get coffee, and I mention I'm having a smear.

Bloody Hell!--- she actually asks if she can go along --To my SMEAR!

I don't even know what to say, so I tell her it's at the surgery, and now she asks if I'm having surgery. I cant get off the lift fast enough, and tell her in my best voice that I'm going to the GP for a smear. She actually says she thought a smear was cream cheese!  Americans!


And that pretty much sums the differences between British and American language.