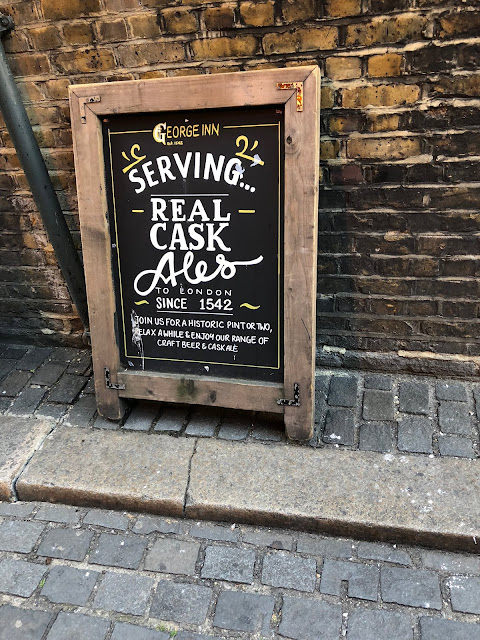 There is something more than satisfying about discovering a pub that is hidden down a narrow alley, or even better, one that is hidden down an alley AND has been around since the 1500's (like the George Inn pictured above, which is located a stone's throw from Borough Market).

Pubs here are often advertised only by way of a simple chalkboard sign, perched outside the establishment, and sometimes on the main street, with a catchy phrase to lure and reel in the unsuspecting passerby.

I did some research about pub signs, and I was amused to find out that in the "olde" days, there were laws requiring pubs to have signage. For example,  a 1393 law required a sign to be posted at each pub, to allow the ALE TASTER to locate and inspect each establishment's beer. Good job for a budding alcoholic---the ale taster was (not surprisingly) paid in BEER!

Signage was important back then because the general populace couldn't read, and thus,  pubs used symbols to show that this was a place drinks were served. Over time, the humble tradition of pub signs has continued, and so in the immortal words of Shakespeare, without "much (further) ado about nothing," I'm going to show you some of the more humorous chalkboard signs that I've seen here in London (including one coffee house)! 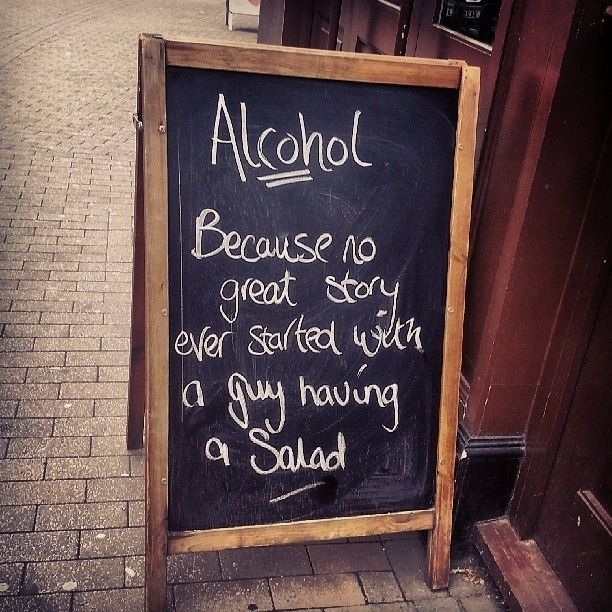 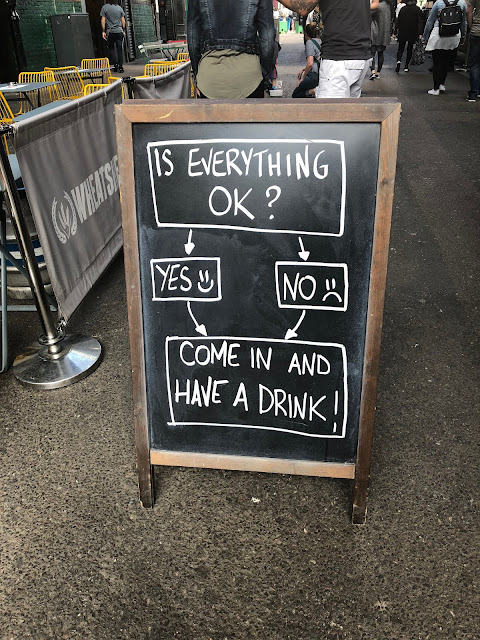 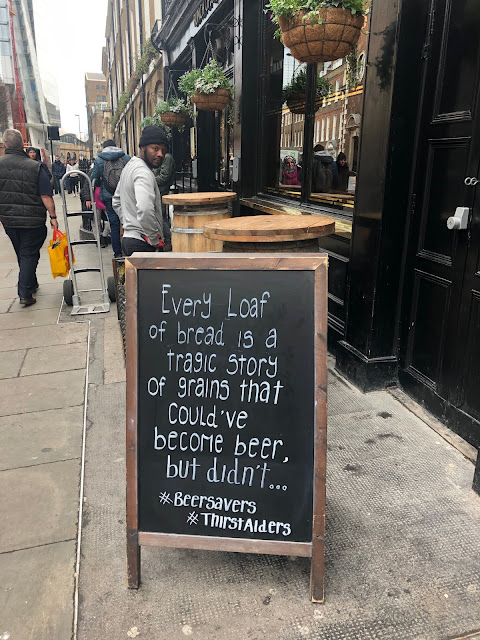 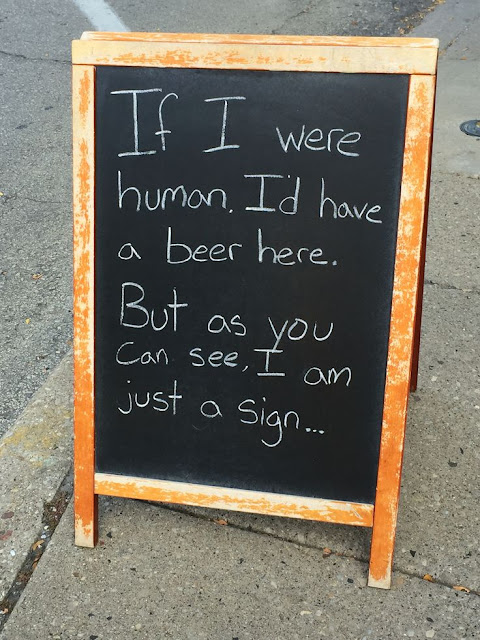 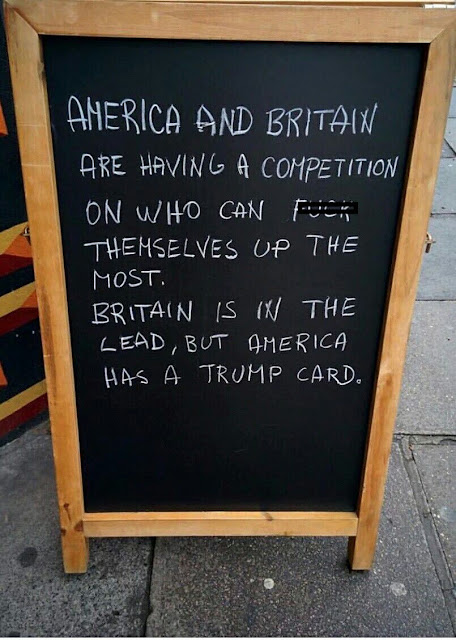 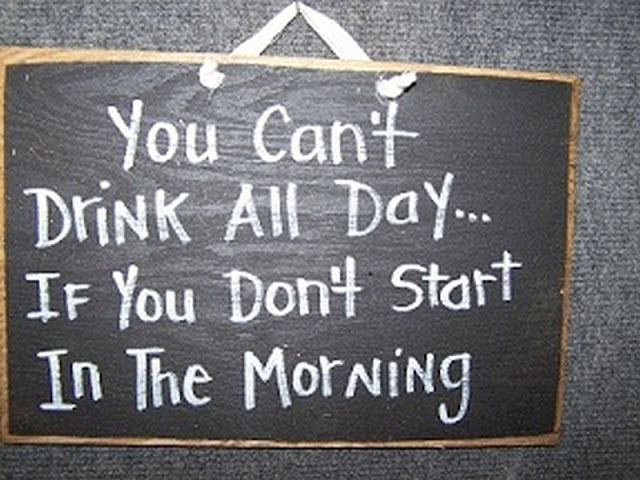 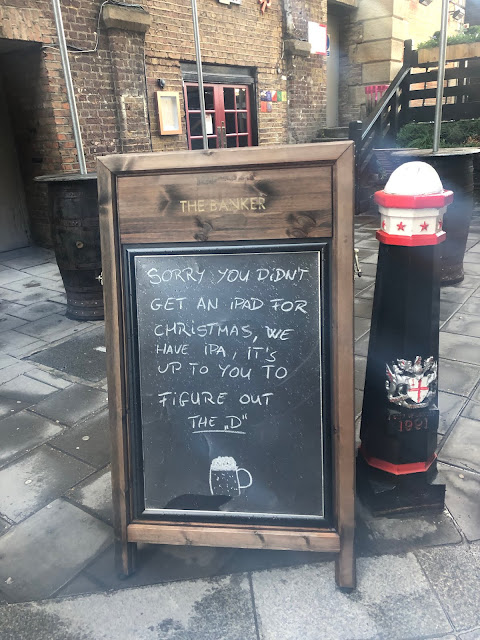 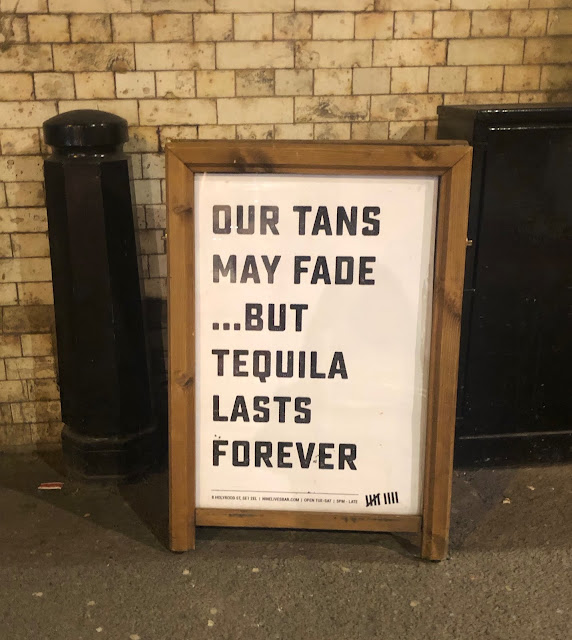 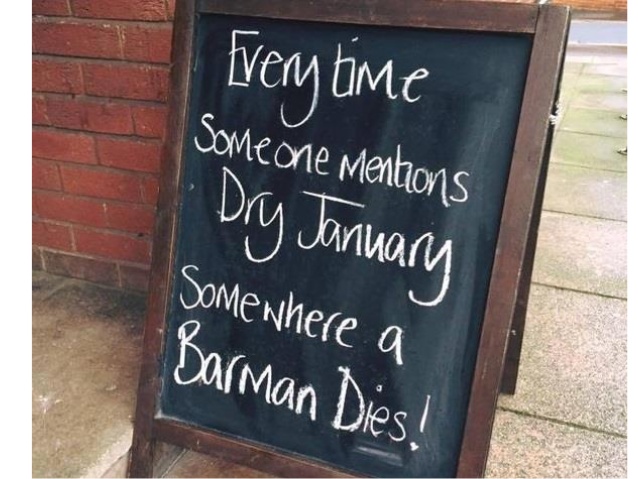 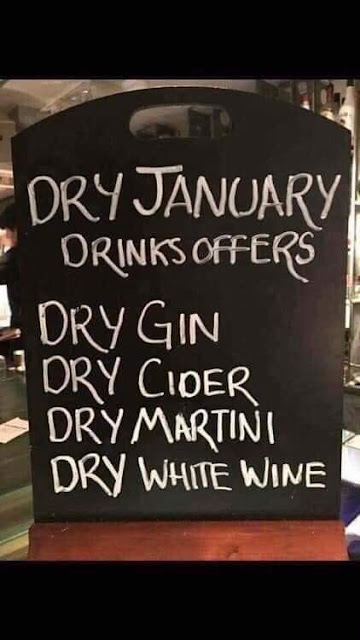 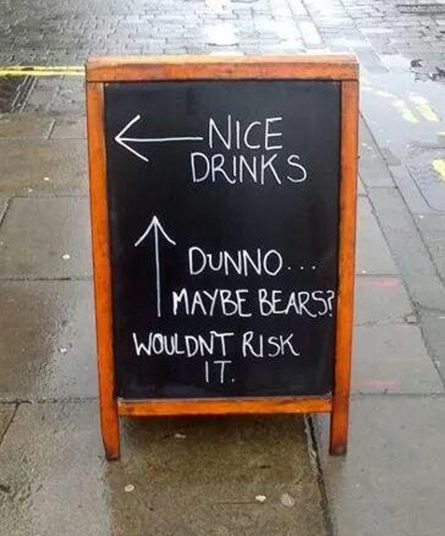 And finally one great chalkboard sign at a Brixton coffee shop yesterday.... classic. 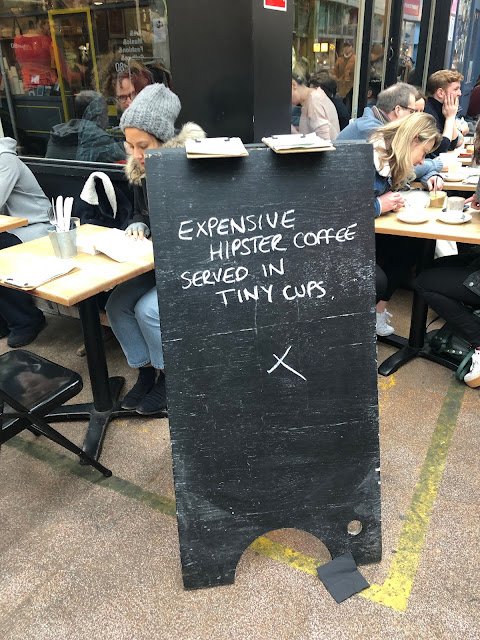 Have you seen any hilarious pub signs in your travels?