OVERNIGHT, IT'S SPRINGGGG! (or where did all the tourists come from?) 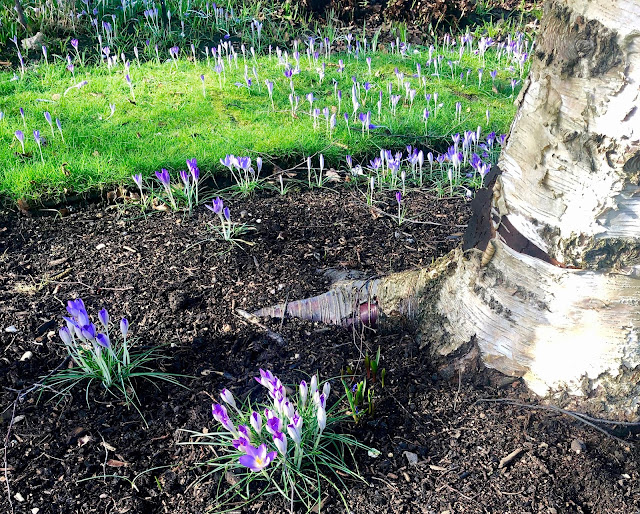 Was there a message somewhere that I missed? 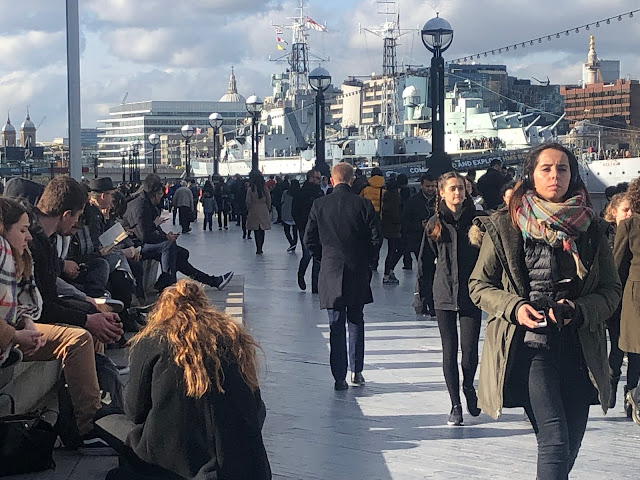 Maybe it’s because we finally have some sunny warm days, maybe it’s because
half-term (winter break) is this week, or maybe February 15 signifies the start of
the tourist season….whatever it is, London has been transformed! 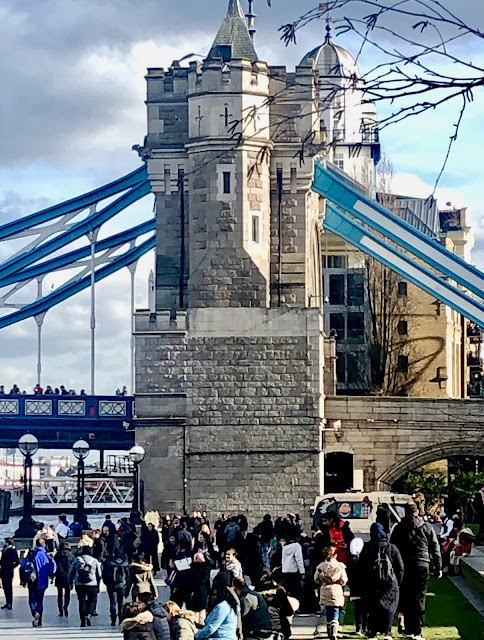 The tube is more crowded, restaurants are busy, and tourist boats are once again
whizzing up and down the River Thames, after several months of quiet.

Throngs are spilling down the steps from the Tower Bridge, and into our little
pedestrian street. People are knocking on the door of our residential building
(the old Anchor Brewhouse), searching for an Ale, and there is once again a line
outside Starbucks. 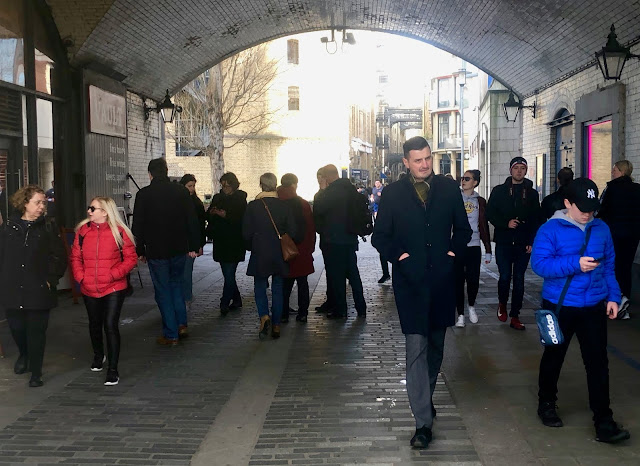 Oh, and there’s also the return of the asian brides taking wedding photos in front of
the Tower Bridge in the early mornings….

... and the rubbish left overnight alongside the walkway (which, by 8am, is
completely cleaned up by some invisible staff). By the way, if you are ever in the
area, there are TWO rubbish bins (British for trash cans)  along the entire bank
between the Tower and London Bridge (due to London’s legitimate fear of bin bombs).
One is near the Mayor's office, and the other near Haye's Galleria.

... and the juvenile bicycle gangs are back, after a winter's hiatus, practicing their wheelies by the Mayor's office, as the Metropolitan Police look on... Last summer, they put fences up to keep the kids out, but I think they have given up on trying to control a bunch of 13 year old wheelie-ers! 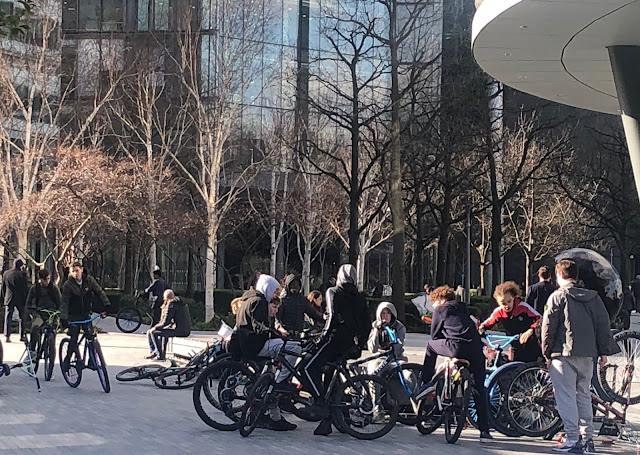 So yes, the crocus flowers and cherry trees have begun to bloom, and perky yellow
daffodils are ready to take over the baton in just a week or two, followed by the
camellias which are tempting us with their pink buds. 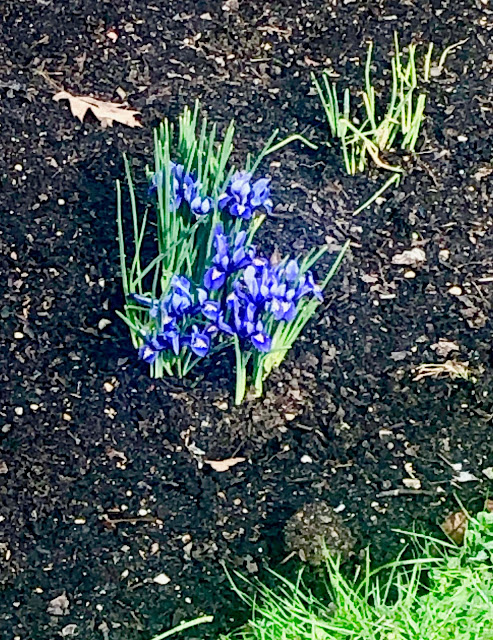 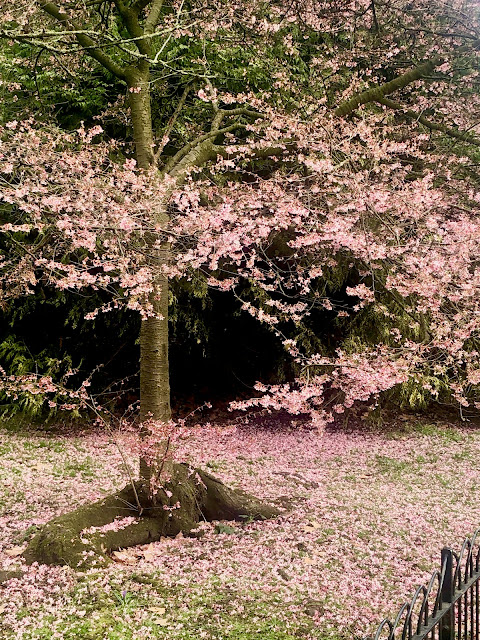 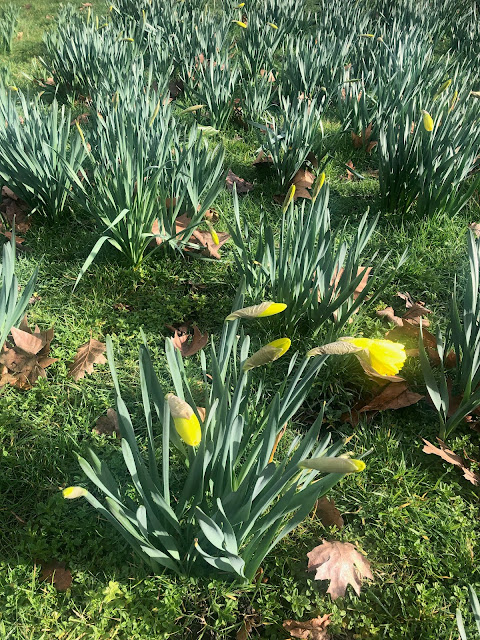 I am ready for spring, although I didn’t mind the chilly winter here, which was mostly just grey skies and not much rain.

But I will miss my winter scarves and hats, which were delightful to wear. Londoners do winter fashion really well, and it was fun to try out the look of a wool scarf tied just right, and casually swooped over the right shoulder.

So, now that there is a little sun and heat  (approaching 60 degrees F, 15 degrees C.), I just might go outside and join the throngs!